Crosscultural Adaptations of Shakespeare in Indian Cinema on the Example of ‘Kaliyattam’: Specific Imagery Used by Jayaraj 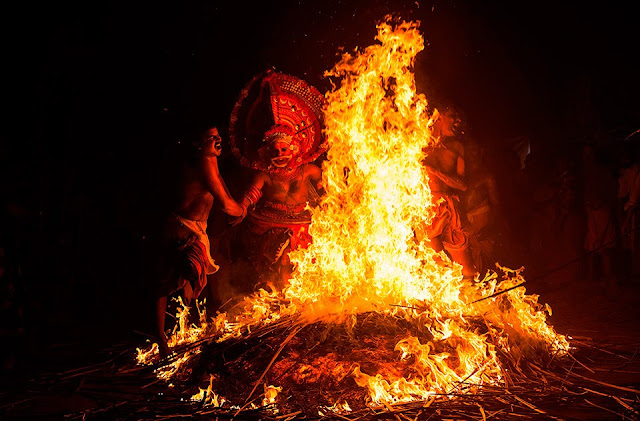 Jayaraj’s adaptive creativity can be seen particularly in some special imagery he uses in his movie. While adding new and unique elements he remains rooted in Indian tradition, but makes them also interculturally understandable. Two symbols analysed here will be the silk robe (equivalent of Othello’s handkerchief) and the motive of fire.

Replacing the handkerchief something else was necessary as it is not a part of wardrobe popular in India (traditional women’ clothes do not even have pockets). But replacing it with a silk robe definitely broadens the significance of this symbol. Both the handkerchief and the robe are the hero’s only (thus precious) family memento given by him as a special gift (as well as an obligation) to his newly wedded wife. 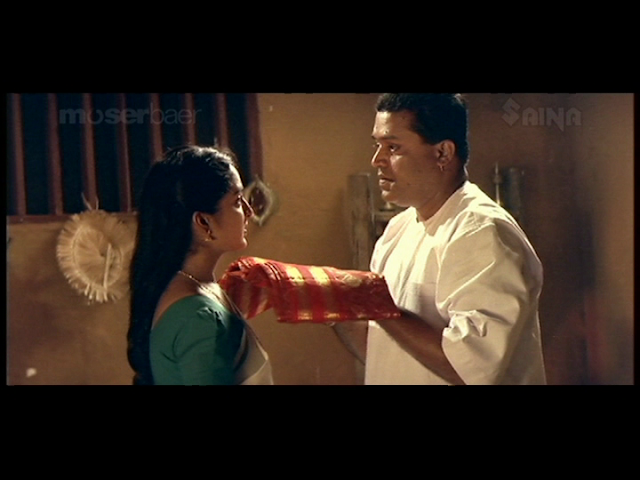 Both items are believed to possess magical properties and are treated as a kind of exotic talisman ensuring good fortune and a happy relationship between the couple. But while in Othello the white handkerchief is only a symbol of the heroine’s innocence and chastity in Kaliyattam the red-golden robe is something more. These colours are not accidental: according to the Indian tradition red and gold are the colours of a bride’s outfit. Red is also a colour associated with passion rather than with innocence. 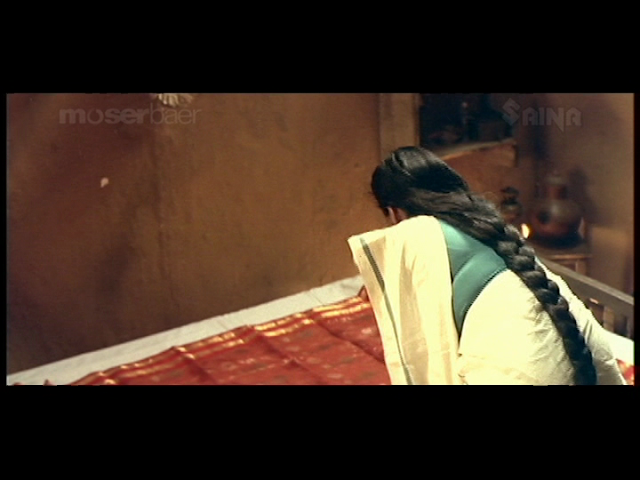 As Thamara spreads it on the bed where the couple makes love the robe becomes a clear symbol of their sexual union and her sexual fidelity to her husband.This is why, when Perumalyan sees Thamara and Kanthan together in bed in his nightmares he imagines them lying on the same robe. As Thamara is also very much aware of its special value (and because of its size) the robe cannot be just lost but is stolen. Cherma believes in the magical properties of the robe as well. She steals it persuaded by her husband that it will help them to conceive a child – after the theft she immediately spreads the robe on their bed and then eagerly waits for Paniyan. His excitement at getting the robe is much greater than Iago’s reaction to Emilia’s stealing of the handkerchief. All this shows clearly how powerful the symbol Jayaraj created is for the Indian audience. 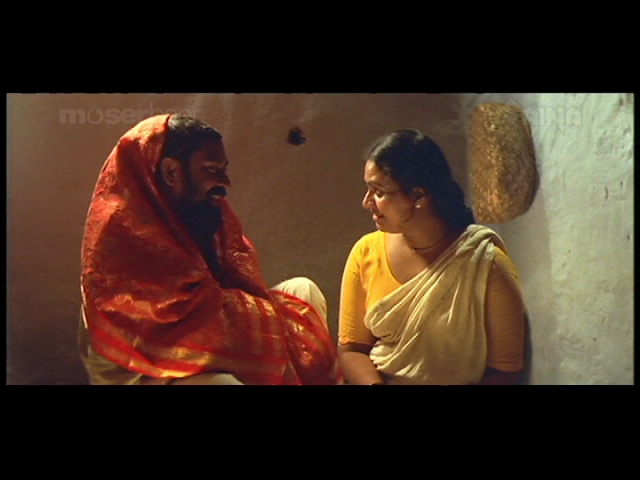 As the sphere of sacrum is an integral part of Kaliyattam Jayaraj uses the motive of fire to emphasise it even more. The movie opens with a scene showing fire and ends with the same motif — fire becomes a kind of symbolic frame. These scenes are formally part of theyyam shows. But fire accompanies also some crucial scenes in the film such as the scenes of Perumalayan’s anguish and the scene of Paniyan’s final punishment. 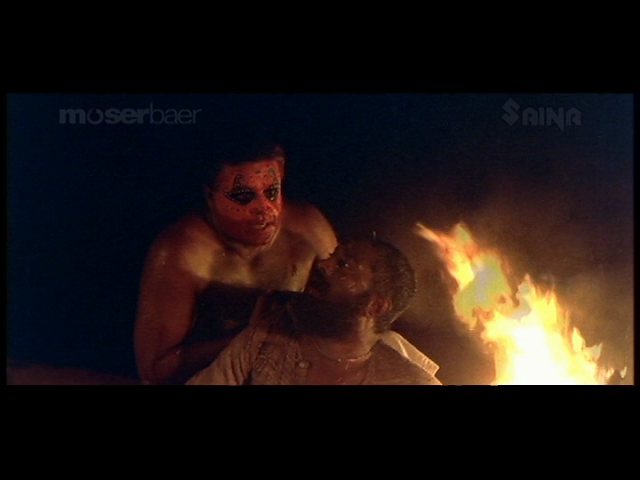 Identifying fire as a symbol associated with divinity as well as with passion is not exclusive to Hinduism as other religions and cultures see it similarly. For example, according to the Old Testament, God revealed himself to Moses in the form of a burning bush and in Greek mythology fire was stolen from gods by Prometheus. The symbol of fire used by Jayaraj can be easily understood also by other cultures.

Perumalayan commits suicide by walking into a fire while Othello dies by stabbing himself with his sword. It may be observed that in both cases the protagonist uses his professional tool for ending his life. But in Kaliattyam the suicide scene carries a deeper significance. According to the Hindu tradition dead bodies are mostly burned (this is called ‘antyesti’ meaning in sanskrit ‘last sacrifice’), not buried, in order to allow all five primal elements the body is made from (fire being one of them) return to its origin. Thus, fire may be perceived not only as destroying force (and the end of everything) but also as a purifying one, recreating primeval order. Perumalayan’s soul may finally be able to find balance and harmony absent in his earthy life[1].

To sum up the significance of Jayaraj’s creative additions and changes, it can be observed that he strengthens the colour imagery used by Shakespeare as he adds red and gold — symbolising divinity and passion — to Othello’s classical opposition of white and black. 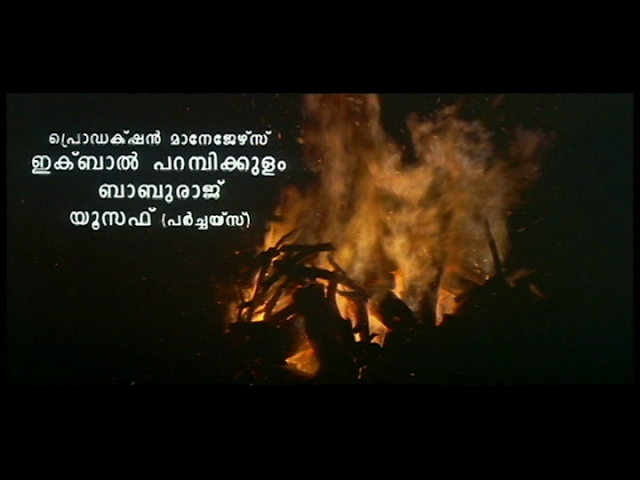 [1] On the other hand, in Hinduism’s stance, as in Christianity, suicide is forbidden and condemned.