Around year ago I defended my bachelor thesis devoted to Crosscultural Adaptations of Shakespeare in Indian Cinema on the Example of ‘Kaliyattam’. Now I have decided to publish some parts of this thesis here. Starting with general overview presenting how Shakespeare (and his plays) has become so popular in India.


When the British colonised India in the 18th century they brought there also their Western theatre. At first British playhouses played only for the English audience but soon this theatre was embraced by Indians as well, mostly by the emerging urban middle class searching for their own cultural identity. They did not have a local alternative as the more urban Sanskrit theatre had disappeared a long time before and folk performances (also in decline at that time) were not aimed at them (Thakur, 2012). Soon many new urban theatres appeared in India following the Western proscenium style structures (especially in big cities with a rich cultural background like Calcutta, Bombay or Madras). They played both plays based on the rich native traditions as well as English dramas (SivaPrakash, 2012). With time plots came to involve ‘common men’ rather than heroes and gods and a more realistic style of acting (described in Nāṭyaśāstra as well - along with the more dominant theatrical natya style) become more popular (Ankur). 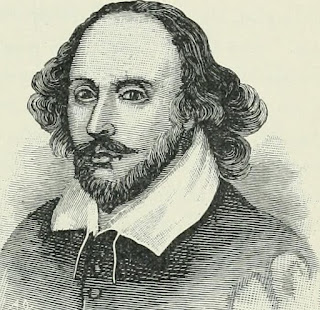 Adaptations of Shakespeare’s plays were most popular among Western classics. This special admiration for the Bard from Avon was not only an effect of imperial imposition (studying Shakespeare’s dramas became part of school education (Trivedi, 2010)), but – as points out Yajnik – a result of many similarities between Sanskrit traditions of drama and Shakespeare’s works (and generally Elizabethan theatre). In both traditions of theatre we observe the violation of dramatic unities, the important role of rich costumes, the common motif of mistaken identities, the intensity of the dramatic irony and suspense, elements of fatalism, preparing a viewer for a future course of events instead of taking him by surprise, merging realism with idealism and a universal human appeal (Yajnik, 1933).

Poonam Trivedi distinguishes five main phases in the reception of Shakespeare in India:
· the English language Shakespeare: performed mostly by Indians in schools, in English, as part of their English classes,
· the localized Shakespeare (the cusp of the XIX and XX c.): first translated adaptations, involving changes of names or characters and plot elements, often adding songs and dances in order to domesticate the foreign texts,
· the universalized Shakespeare: faithful adaptations, with very little or no changes, played in western costumes, trying to universalize the Bard’s themes and ideas,
· the indigenised Shakespeare (after 1947, i.e. getting independence by India): different experiments and creative adaptations as an element of searching for identity as well as ‘back to the roots’ movement in theatre,
· the post-colonial Shakespeare (from 1990s till now): phase of freedom in approach to Shakespeare (and ‘playing’ with his works), bold deconstructions of these ex-‘colonial books’ (Trivedi, 2010).

The Parsi theatre, taking its name after the community which staged it between 1850s and 1930s, deserves a mention here. It treated the Bard’s works with hardly any reverence by taking raw plots from his plays, significantly changing them (e.g. most tragedies received happy endings), adding new scenes and shaping it all into a bombastic and melodramatic mix of drama, song and dance. Parsi theatre was very productive - in 1933 Yajnik counted around 200 adaptations of Shakespeare in all Indian languages – and successful in popularising Shakespeare’s works among Indian audiences (Thakur, 2012). An influence of this kind of theatre is visible till today in the Indian cinema, especially in the masala film genre.

Under such circumstances it is hardly surprising that according to a survey conducted by the British Council in 2016[1] (online poll of 18,000 people from 15 countries) the love for Shakespeare’s works appeared to be the highest in India, significantly beating the Bard’s popularity in his native country (89% and 83% of Indians to 59% and 58% of Britons declaring respectively liking and understanding Shakespeare) (Tharoor, 2016).

Of course some of Shakespeare’s plays were distinctively more popular among the Indian audience. Around a century ago Sir Francis Younghusband, one of the British soldiers and explorers in India, wrote in his essay ‘Shakespeare in India’:
“The most popular is Othello. There is a larger number of translations of this play than of any other. Othello is an Oriental figure; he is heroic, and he is a lover. Hence the popularity of the play among Indians. The next in favour is The Merchant of Venice. Shylock reminds Indians of their own money-lenders and they enjoy seeing him outwitted… Third in order of popularity is Romeo and Juliet. Indians love it because of its intensity of passion. Hamlet is not so generally popular as these three or even As You Like It and The Tempest. The historical plays the Indians do not care for …” (Sutton, Waddell, 2016).

‘Othello’, a play with a character with dark complexion, was probably the first of Shakespeare’s plays in India with an Indian actor in the cast. In 1848 the Bengali actor Baishnav Charan Adhya got the chance to perform Othello’s part in the otherwise English casted play staged at the Sans Souci theatre in Calcutta directed by James Barry (Thakur, 2012). 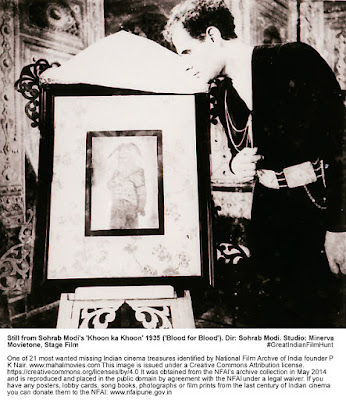 Looking at Indian cinema the hierarchy of the plays’ popularity changes significantly: the most eagerly and frequently adapted Shakespearian play seem to be ‘Hamlet’ (starting with Sohrab Modi ‘Khoon ka Khoon’ in 1935 and Kishore Sahu ‘Hamlet’ in1954 up to Bhardwaj ‘Haider’ and K.V.Prakash ‘Karmayogi ‘- both from 2012) and ‘Romeo and Juliet’ (with too many more or less faithful adaptations to even count them all) (Ramachandran, 2006) while excluding barring some early adaptations from 1920s-40s (Shormishtha, Babli Moitra, 2016: 11) it is hard to find more contemporary films based on ‘The Merchant in Venice’ in Indian cinema and the first full-fledged[2] adaptation of ‘Othello’ came only in 1997 (Chambers, 2016) and this is exactly Jayaraj’s ‘Kaliyattam'.

[1] A leaflet with detailed results of this survey available on the British Council webpage.
[2] The phrase ‘the first full-fledged adaptation’ has been used as in 1961 in the Bengali film called Saptapadhi (melodrama about a forbidden love between a Brahmin boy and an Anglo-Indian Christian girl) one of key scenes is a college performance of ‘Othello’ (more precisely: Desdemona’s killing scene) done by two protagonists which is an obvious allusion highlighting the problem of the relations crossing social and racial boundaries)